The Inferno of Dante: Etchings by Michael Mazur

“Illustration, like translation, is risky business… At worst, illustrations can sidetrack the reader by introducing ideas or images that change the meaning of the text, skew its tone, diminish its impact. At its best, though, illustration is a reinvention.’’ - Michael Mazur

The Inferno is the first and most familiar of the three sections of The Divine Comedy, a narrative poem written in the early 14th century by the Italian poet Dante Alighieri. The poem recounts a journey that defines the human condition. Told in the first person, it follows Dante and his guide, the Roman poet Virgil, as they travel through Hell, Purgatory, and eventually Paradise. The Inferno is an exploration of sin, weakness, despair, sadness, and loss. Countless artists have been inspired by The Divine Comedy, including Gustave Doré, William Blake, and Auguste Rodin.

Painter and printmaker Michael Mazur had a lifelong fascination with the poem. In the early 1990s, Mazur and longtime friend poet Robert Pinsky (U.S. Poet Laureate 1997-2000) collaborated on the production of a new illustrated translation of The Inferno pairing Mazur’s monotypes with Pinsky’s translations. This initial project was later expanded into a portfolio of etchings.

Traditionally, illustrations of the poem have included the figures of Dante and Virgil. Notably, Mazur chose “absolutely not to put Dante and Virgil in these images. I wanted to show the things they saw, not to show them seeing – so that there would be no distance between you and the image.” The resulting portfolio, shown in its entirety here, includes 41 etchings paired with the relevant excerpted portions of Dante’s poem in Italian with Pinsky’s English translations.

This exhibition is pulled from the Museum's permanent collection.

Good To Pull - A 10 minute film by Robert Gardner, produced by The Film Study Center. Watch Michael Mazur’s printmaking process and techniques as he develops the intaglio plates for his Dante’s Inferno Portfolio. 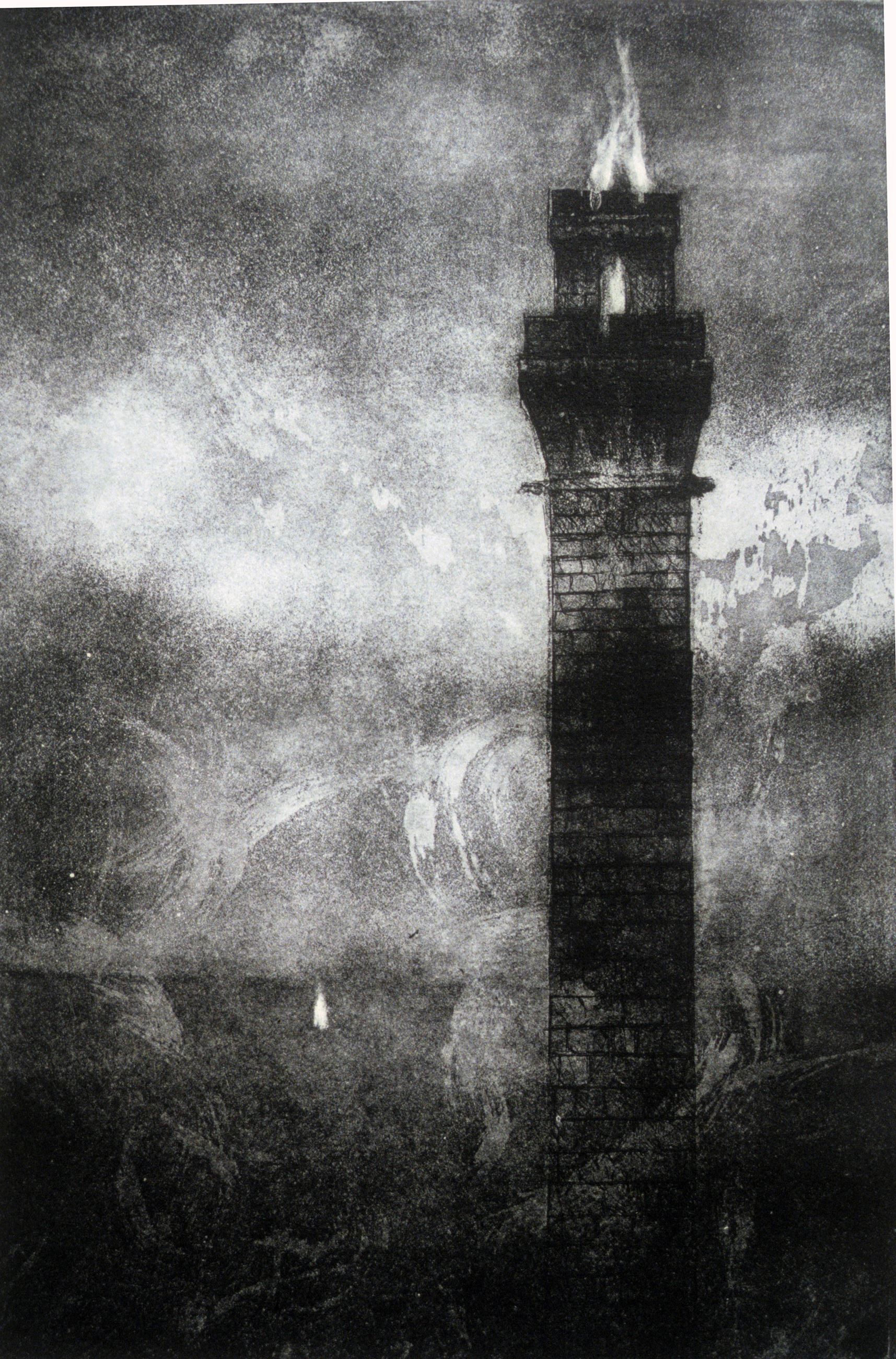 Michael Mazur, Canto VIII: The Tower, 1997-2000, Etching on paper. Collection of the Springfield Art Museum. © The Estate of Michael Mazur.